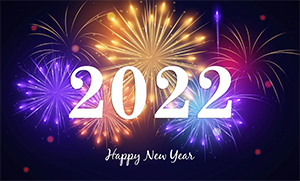 We would like to wish a Happy New year to everyone!


We hope you've had a great 2021 and that you'll end up having an even better 2022!
Hopefully without the pandemic.

We hope that you've enjoyed MasterCores in 2021 and we hope you'll continue to enjoy it in 2022 too! 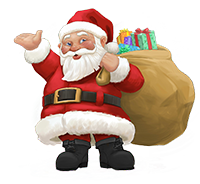 We would like to wish you a Merry Christmas and happy holidays, either if you celebrate Christmas on the 24:th, 25:th or not at all!

We hope you'll have a wonderful end of the year 2021 and of course that you enjoy MasterCores!


Sincerely,
MasterCores Staff
» Comment on this news
Dec 16 2021
Second season of Zesoria launching on December 17! -No staff, prepare for chaos

We are happy to present you with out first seasonal world Zesoria!
Launching on December 17 at 17:00 CET!

Beware, this second season of Zesoria is bit different, in a way that you maybe didn't expect!
In this season, there will not be any staff to interfere with community and whatever chaos is wrapped up.
As by a community poll, for this launch to be possible, it had to be "unmanaged".
As staff will for majority of the time be absent, it might create a interesting atmosphere.
Have you ever wondered how a world would turn out, without anyone ruling it?
Do you have the stomach, to master such a world, that could possible be more chaotic than ever before?

For cheaters, use the common known command !reportbot, it will be pretty much only thing that will interfere with the community this season!


A fun world without heavy grinding:
Zesoria is a world made to maximize your fun and focus much more on playing around, experimenting or fighting, rather than endless grinding as some might feel when playing lower rates.

Zesoria is highrated seasonal world that will bring much joy and feelings!
A season will run as far as up to 6 months on average.
The goal is to have a new season every spring and fall which means it wont be reset more than twice a year, and additional to that the total downtime between seasons will be minimal with less than 2 weeks.

Which means, Zesoria will stay up and online and available for minimum 50 weeks per year.

Character creations in Zesoria will be opened one hour before the launch.

Central host, for the entire world!
Zesoria is hosted in Miami with great systems to make everyone able to play without having to deal with laggs!
You will shortly in Zesoria notice that you have quite low ping, no matter where in the world you are!
During the test-phase we had players from Europe, Brazil and even Australia, that played without any problems!

Now imagine that, a central world, bringing many cultures into it, imagine the greatness of wars this will bring when people from the corners of the world could unite under one banner to take on people from another part of the world!

USA host was also voted for by the community for the second season!


Additional differences in Zesoria compared to other worlds:

Free shop points at level advances!
At certain advances you'll receive free shop points that you can use anywhere!
This is to make sure everyone has a chance to purchase something from the store even if they're unable purchase shop points!


Skill Pools:
We don't want people to feel they've wasted their time and efforts in Zesoria for nothing when it comes to a season end.
So when the time come for a new season to start, the time when Zesoria will reset and go offline to prepare for the new season, all characters will be converted into skill-pools that you can view on your account panel and use on any characters within a few small restrictions.

About 30% of your efforts is saved into your skill-pools, which is decided on the day Zesoria is reset.
Now mind that 30% of efforts and 30% of skill is completely different things!
Obviously experience will be easier to obtain in highrates thanks to that you get levels quicker, there you'd be hunting rotworms in a normal world you're probably already hunting dragons in Zesoria, if you understand the point.
So keep in mind, 30% of your efforts, your energy put into the character is saved (exp, skills, magic lvl).

When you've obtained pools, it could look like this in your account-pool: 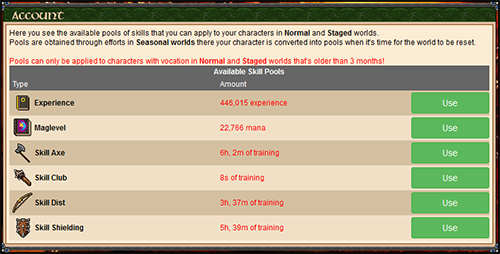 When using the pool you can chose how much to use ranging from 10 to 100% of your pool.
Note that pools cannot be used in seasonal worlds such as Zesoria but only other worlds (Normal, Staged).


Refund of points:
We don't want people to worry about purchasing something and suddenly Zesoria would be shut down.
First, Zesoria would have announcements weeks beforehand that season end is near, but also there will be point refunds for recent purchases!

Shop points refunds are based on % when the purchase was made.
If you purchased anything a day before the shutdown you'd get 100% of the points back.
If you purchased something a week before, you'd get 93% of the points back.
Decreasing by 1% for everyday.
All types of purchases are refundable with exception of golden account and shop point related purchases since they're global and not only limited Zesoria.

Today the first season of Zesoria has ended!

The season was active between February 19 until December 16.
And the first season was a success with a lot of people, fun and big wars!
And we want to thank everyone who was part of it!

Now for the more technical things about the seasonal end.
What happens now with Zesoria, is that it's going into a clean-state there all characters and everything in it will get wiped.
But as many is aware, characters aren't just removed from Zesoria, but converted into pools of exp/skills/magic that you can apply in other worlds.

The pool is added to the account that's currently holding the character, which have been a confusing topic for some when it comes to auctioned characters.

You can find your pools on your account panel:

It will look similar to this, depending what skills you got pools in: 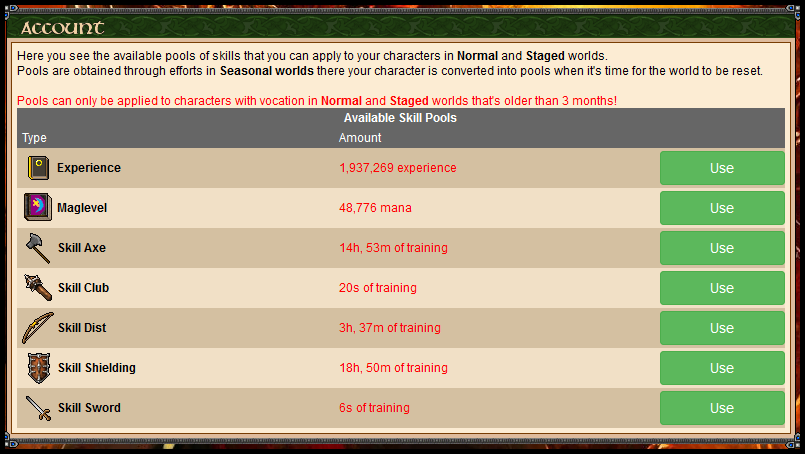 You can use the pools on any character you want on the account, within the restrictions.
And you can yourself chose if you want to use anything between 10%-100% of the pool.
So if you decide, you can split the pool between multiple characters.

Again, we want to thank you all for being part of Zesoria's first season and hope to see you in the second season later this year!
Meanwhile, we hope that you'll enjoy the pools you've worked hard for, and that you use them wisely!

Gardrium is a very special boss and yesterday he did the very first appearance in Zesoria!

However, shortly after his arrival it was clear that there was a few problems with him, glitches if you will.
As a player that have never seen him before he was normal, but for more trained eyes he was very different.

We have fixed all the problems around Gardrium and will do a rematch with him tonight at 17:30 CET.

The following things were fixed in Gardrium:
-Behavior:
He had problems switching between behavior styles which made him quite static and less intimidating.
He also suffered problems to speak which made him not to say a single word even though he's supposed to be a chatter-box.

-Experience gain:
Experience was not passed out as intended, players who suffered a death risked to stay without any experience gain even though if they fought bravely and returned to scene.

-Looting:
Upon his death, he's supposed to become a chest that all participants will be able to get their share of loot, however yesterday the box never appeared as intended.
Along with that, players who was fighting bravely against this terrible foe, if death would happen the player in question would lose a part or all chance at obtaining loot.
These issues have been fixed and a unlucky death will no longer stay in the way of claiming reward.

The Rematch
At 17:30 CET tonight Gardrium will return and players will again be able to fight this foe in his more natural state and with this time proper functioning rewards.
We've added a countdown on the right side of the website so everyone can estimate when Gardrium will appear.

The raid will also be announced ingame as traditional raids, but note that Gardrium is a mystery-boss that does not appear on website raid-lists.


Arm and supply yourself, muster your bravery for tonight you will stare death into his very eyes!